Swiss Haute Horlogerie manufacturer Audemars Piguet is delighted to present a new animation of its Royal Oak Concept Flying Tourbillon GMT in 44 mm. For the first time, the complicated timepiece’s titanium case is topped off with a green ceramic bezel for a highly contemporary look. The black architectural movement, visible through the dial and sapphire caseback, features green CVD-coloured inserts matching with the bezel’s hue – a powerful contrast furthering the watch’s high-tech aesthetic.

The new Royal Oak Concept Flying Tourbillon GMT model encompasses a sandblasted titanium case enriched with a bezel, crown and push-piece, all crafted in green ceramic and finished by hand with an alternation of satin-brushing and polished chamfers. Although green ceramic was first introduced at Audemars Piguet in the Royal Oak Offshore collection in 2018, this material makes its first appearance this year on the Royal Oak Concept.

Zirconium Oxide (ZrO2) powder, modified to obtain a green pigmentation once baked, is mixed with dedicated binder content before being transformed into ceramic through a complex industrial flow requiring different stages of high-precision machining. The exact composition of ceramic remains the secret of its manufacturers. The components achieve their final green colour only once they have been sintered at more than 1,400°C. Reaching a homogeneous colour represents an additional challenge as ceramic’s final colour depends on the sintering temperature, which allows no variation. The Le Brassus artisans have then finished each ceramic component with the same detailed and meticulous hand-finished as they would if they were honed from precious metals, endowing the timepiece with a rich play of light.

As per Royal Oak Concept design codes, the architectural movement ticking within takes centre stage on both the dial and case back sides. To further enhance the introduction of green ceramic, the hand-wound Calibre 2954 has evolved to contrast the movement’s black PVD bridges with evocative green CVD-coloured inserts. A very thin layer of green colouring, specifically developed for the occasion, has been applied by Chemical Vapour Deposition (CVD). A precursor gas is injected into a chamber, which is then heated until the gas breaks down and bonds to the surface of the different elements. In addition to offering a rich play of light, this technique ensures colour homogeneity across the components, as well as unalterable colouration over time.

The timepiece’s contrasting tones are illuminated by pink gold accents. The pink gold hands filled with luminescent coating and the applied AP monogram at 12 o’clock are echoed by the pink-gold-toned flying tourbillon cage and escapement components peeking through the open worked bridges. The transferred white hour-markers on the black inner bezel add yet another bright touch.

A blend of tradition and advanced technology

The hand-wound Calibre 2954 combines the prestige of the flying tourbillon with state-of-the-art displays: a second time zone indication – also known as GMT (Greenwich Mean Time) – and a crown position indicator at 6 o’clock with the letters H, N and R respectively standing for the time-setting, neutral and winding positions of the winding stem.

The GMT display located at 3 o’clock provides an instant reading of the time in a second time zone. It is adjusted using the push-piece at 4 o’clock (one press adjusts the time by one hour). The indication of the second time zone, based on 12 hours, comprises two superimposed discs. The hour disc, which completes a rotation in 12 hours, is crafted in sapphire and encompasses white figures outlined in black. In contrast, the day/night disc, honed from brass, completes a turn in 24 hours and has two coloured areas: a white half for daytime and a green CVD-coloured half representing night time.

Calibre 2954 is equipped with the Manufacture’s patented parallel double barrel system which ensures that the Royal Oak Concept Flying Tourbillon GMT runs for as many as 10 days before it needs to be manually wound again, generating a constant force during approximately 237 hours of autonomy. The energy from the two barrels is fed into the geartrain at the same time via a single pinion bridging the two, ensuring smooth energy transmission. While this system reduces pressure in the gearing, the friction in the two barrels is used to offset torque variation and increases precision, power reserve and reliability.

The Royal Oak Concept saw the light of day in 2002 to celebrate the Royal Oak’s 30th anniversary. For the occasion, Audemars Piguet released a 150-piece limited edition inspired by Concept cars that combined titanium with Alacrite 602, a light yet highly resistant alloy mainly used in the aeronautical industry. While the bezel retained the Royal Oak’s trademark octagonal shape, the massive rounded 44 mm case, whose ergonomic curvature matched the natural shape of the wrist, brought this timepiece to new horizons. To complement the case’s futuristic aesthetic, the dial exposed the advanced hand-wound mechanism, while providing a variety of innovative functions: a crown position indicator, a dynamograph displaying the mainspring torque and a linear power-reserve display. The tourbillon cage and its shock-absorbing bridge was also visible at 9 o’clock.

Although originally conceived as a one-off limited edition, the Royal Oak Concept established an entirely new aesthetic for 21st-century Haute Horlogerie and led to the creation of a collection. In 2008, Audemars Piguet released the Royal Oak Carbon Concept Tourbillon and Chronograph in a pioneering case made of forged carbon, ceramic and titanium, while the movement ticking within premiered the use of carbon components. A platform of experimentation ever since, the Royal Oak Concept has seen the addition of unyielding materials, avant-garde designs and innovative complications attuned to the timepiece’s futuristic identity.

In 2015, Audemars Piguet released the patented Royal Oak Concept Laptimer in collaboration with Michael Schumacher, the first mechanical timepiece able to measure multiple consecutive lap times on the racetrack. This watch also represented the first collaborative venture of the collection. The same year, the Manufacture unveiled its Royal Oak Concept Supersonnerie prototype, also known as RD#1. This patented technology resulted from eight years of research in collaboration with EPFL, the Swiss Federal Institute of Technology Lausanne and a host of experts, including musicians, to recover the acoustic tonality of older chiming watches.

The flying tourbillon took on a marvelous air in 2021 with the release of the 250-piece limited edition Royal Oak Concept “Black Panther” Flying Tourbillon in 42 mm to mark the beginning of the brand’s long-term partnership with Marvel. Inspired by the universe of Black Panther, the watch’s case associated titanium with black ceramic in a unique aesthetic recalling the cutting-edge suit of Marvel’s hero. For its part, the dial featured a highly contemporary hand-painted rendition of Black Panther comprised of white gold.

20 years on, the Royal Oak Concept collection continues to chart new territories with new materials, colours, contrasts and more to come in 2023. 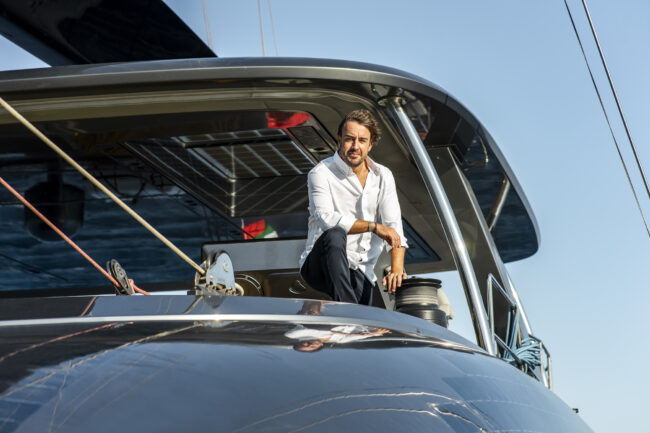 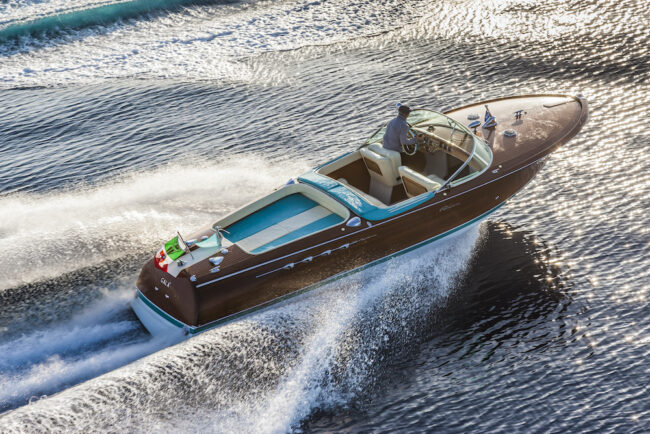 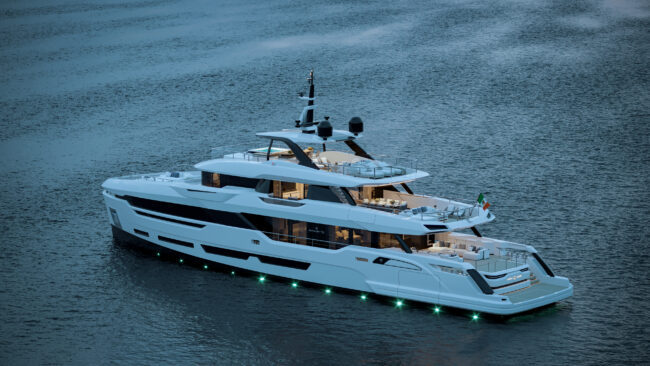 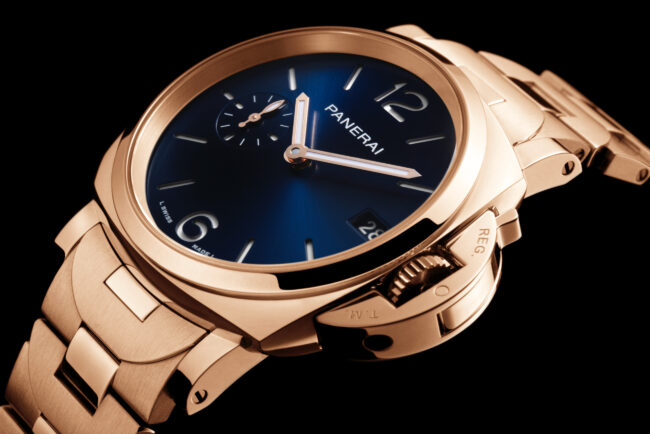 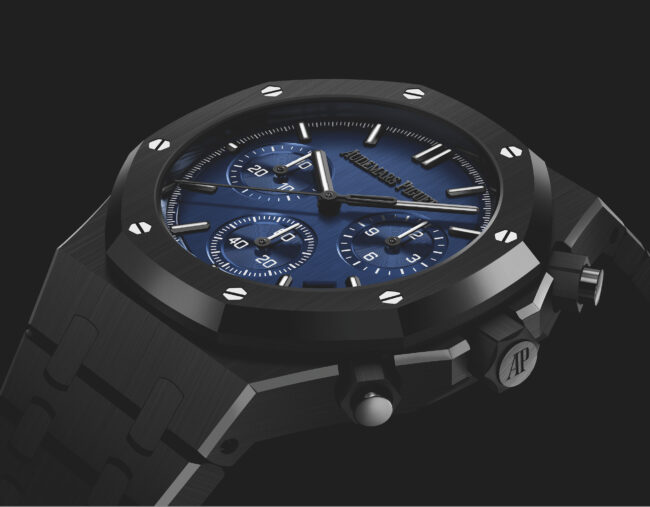 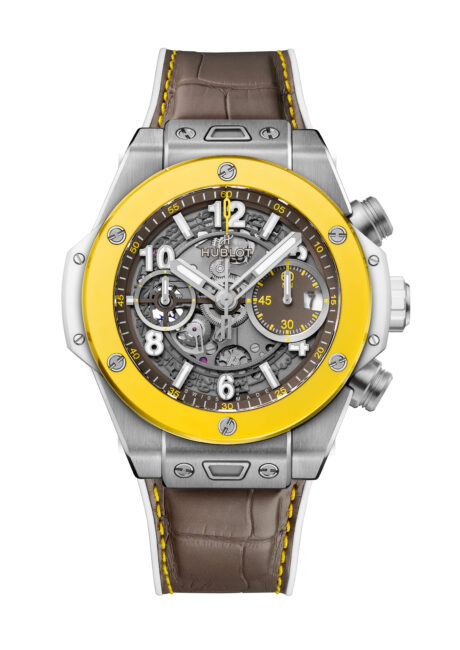 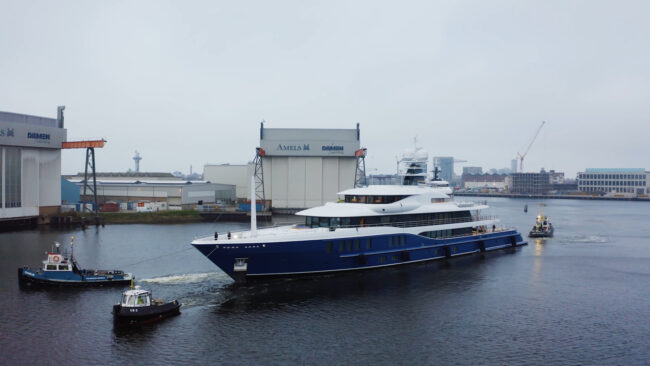